The Benedict Option in 2016

By jmw - September 01, 2016
Rod Dreher continues to write about the Benedict Option on a weekly basis, and has a book coming out on the subject. I think it is an approach (among many) that merits serious consideration. Utopian dreams aside, what would it take to create such a community? I think the best way to start something like this is to move to the same neighborhood, be that in a city, suburb, or smaller rural town. In my reality, that means staying in the same urban area that I live in, because that is where jobs are. Perhaps moving to the outskirts of major urban areas would make sense for this kind of approach. I am really just thinking out loud, but I would like to put some flesh on the bones of a theory. What does the Benedict Option (or whatever we want to call some kind of community organized to preserve our faith) look like in reality? How do things like the following work? Housing Jobs Church Relation to government Education Preservation of texts Dealing with people who lose faith in the
Post a Comment
Read more

The Challenges for Neighborliness amongst Suburban Sprawl 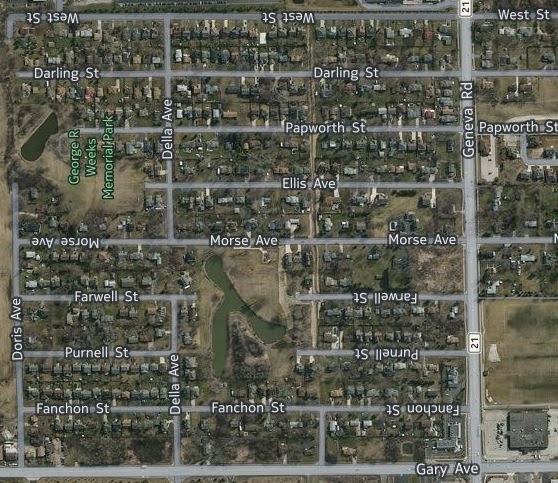 One of my passions as a church planter is to think more deeply about how the church can better inhabit our communities. I want our church  to arise out of and serve our community here in Carol Stream. Community describes our life together within the church. That is internal community. Community is also where our church lives together with our neighbors . That is external community. And both matter. We must be intentional about both. Or else our mission will lose something vital--the real, embodied presence of Jesus Christ in our neighborhood. I am convinced that many suburban churches struggle or fail at evangelism because they are not that living presence of Jesus in their various suburban neighborhoods. Outreach then feels and looks artificial. It becomes programmatic, assigned to a few church leaders or passionate lay people. It is not the living reality of who a church is. And unbelievers instinctively feel it. But the context of suburban life is itself a huge obstacle to bei
Post a Comment
Read more

The focus of most of my thinking about intentional community within the Anglican tradition has two foci: the academy and the suburbs.  I focus on the academy because until just this summer, my professional home has been in the academy for my entire adult life.  And while I have enjoyed urban living briefly in stints in my 20's and early 30's, I was raised in the suburbs, have lived in the suburbs most of my life and am living here now.  So I guess that makes me a suburbanite. Part of my vision for my new ministry venture , Emmaus Road Anglican Fellowship , is to turn the suburban culture on its head.  There are things we do every day in the suburbs that we could do better if we did them communally.  So I thought I would stop and run off a quick blog post before I undertake a great suburban ritual that fits that bill perfectly--namely, mowing my lawn.  A suburban church could turn the suburban culture on its head if it fostered such community that its members shared expens
1 comment
Read more

By jmw - June 13, 2012
From Rod Dreher: A Secularist Sees The Benedict Option : I haven’t mentioned it in a while, but a few years ago, in my book “Crunchy Cons,” I suggested that traditionalists should consider what I called “the Benedict Option” — living in variations of monastic communities for the sake of preserving certain countercultural values in an increasingly dark age. The name comes from the Benedictine monks of Western Europe, whose monasteries were oases of faith, order, and light during the Dark Ages, and eventually helped midwife the rebirth of civilization. Cultural historian Morris Berman thinks this might be necessary. From a review of his new book “Why America Failed” ; the reviewer is George Scialabba: As a former medievalist, Berman finds contemporary parallels to the fall of Rome compelling. By the end of the empire, he points out, economic inequality was drastic and increasing, the legitimacy and efficacy of the state was waning, popular culture was debased, civic virtue among eli
Post a Comment
Read more

By jmw - June 13, 2012
Rod Dreher has published several posts on the Benedict Option lately, which I will link here for future reference: Tomorrow’s Christianity Today : Jonathan Wilson-Hartgrove gets all Benedict Option-y: By the end of the fifth century, when a middle-class, young Italian named Benedict left his home in Nursia to go to school in Rome, the Empire that had been centered there was in total disarray. The church whose faith had become the official religion of that Empire was in turmoil. It was in every way a time of transition. In short, it was a moment not unlike our own. Everyone knew that a new future was being born, but no one was sure just what it would look like. In a moment of clarity, Benedict saw that the system of education that had been designed to prepare him for a world that was passing away could only lead to a dead end. While it could teach him what had worked in the past, the system did not have the resources to present a way forward. A different kind of school was needed.
Post a Comment
Read more

By jmw - February 16, 2012
This interview has a lot of affinities with a Benedict Option future for the Church. A sample: In your book, you not only provide a biblical and theological discussion of the concept of place, but do so in a way that addresses the crisis of place in contemporary culture. What's the nature of the crisis ? What we are experiencing in our world is a wide sense of displacement, which does not lead to human flourishing. Outside Christian circles, the literature on the crisis of place is huge, but within Christianity, it's only starting to get attention. Contemporary life roots against this deep implacement through the speed of culture, technology, the automobile, and the state of economics. The middle class is always on the go  through  places and are not generally deeply rooted in a particular place. When I travel I have opportunities to see new places, but many are all the same corporate chain stores that we have here in Hamilton. Everything is monochrome. All the houses lo
Post a Comment
Read more

By jmw - December 07, 2011
Theoretical words : Eric Gregory offers this wise counsel: “Words do not work the same way in normative theorizing as they do in historical inquiry. It is enough that ‘Donatist,’ ‘Pelagian,’ and “Manichean’ exist as live options in moral, political, and religious discourse – even if Augustine or later storytellers invented them in order to coordinate doctrine with their experience of God in Christian faith and practice.  These words, and the narrative scripts they signify, provide broad classifications for a range of commitments.” Historical study has an important role in helping “dislodge settled grooves of thought and make us skeptical of the stories we tell.  They can show the normative consequences of how we construct intellectual histories. They can also challenge us with an Augustine we thought we already knew by helping us understand the world behind the texts.”  But also those uses don’t rob terms like “Stoic,” “Platonic” or “Augustinian” of their conceptual usefulness, especi
Post a Comment
Read more
More posts